On Thursday, I was sitting in the middle of the 5th period Global Studies class that I teach when my phone flashed the BBC banner...

Singer Prince has died at his Paisley Park estate in Minnesota at the age of 57, his publicist tells AP.

I was showing a documentary on Latin America which I immediately stopped. I stood up. Paced for a moment in front of my class of 21 students.

"What's going on? What's wrong?" many of them asked. I think I had uttered something along the lines of "Oh my God..."

I sat back down and told them what was going on.

Even though they were a group of 14 year olds, most of them knew who he was and what he meant to Minnesota and the African American community as a whole. Several of my students hail from North Minneapolis, Prince's original stomping grounds, and a few even know his extended family. For a brief moment, we all sat in stunned silence.

Then I told them to take out their phones and I would put on CNN for the remaining 15 minutes of class. They dug into their social media feeds and I looked at various news sites for some sort of explanation. But did it really matter? Yet another person who was a substantial part of the soundtrack to my life was gone and I was completely fucking heartbroken. 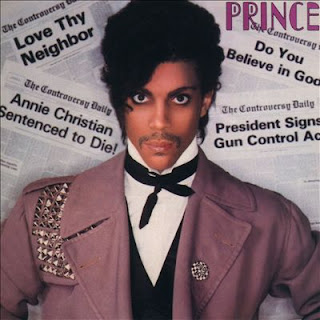 The first time I heard Prince was in 1982 at my dad's house in Murphysboro, Il. My dad was a producer at WSIU TV, the PBS affiliate out of Carbondale on the campus of Southern Illinois University. MTV had just started to take off and they were playing the song "Controversy" by Prince in heavy rotation. I remember thinking how peculiar he looked and wondered if he was gay. But I really loved the music.

Later that same year, 1999, Prince's 5th studio album, came out and the next video I saw was "Little Red Corvette." Realizing immediately that the song was wonderful symbolism for a certain part of female anatomy, I understood Prince in a near instant flash of awe. He was exploring sexuality in a way similar to David Bowie and pushing the boundaries of androgyny. I bought the album 1999 the next day and, thus, my love for Prince began. I played that LP quite a bit for the next three years, going back and picking up his previous four albums as well.

In the Spring of 1984, I was in a fantastic place in my life. I had just celebrated my 17th birthday in London on a class trip and started dating the coolest girl in school. As we eased into the summer, Prince released Purple Rain on June 25, 1984 and it became the soundtrack to those truly incredible months leading up to my senior year in high school. It was played at every summer party...every time I went jogging with my Sony Walkman...every time I made out massively with my girlfriend, which happened frequently that summer and nearly always to Purple Rain. Honestly, I have to credit Prince to a certain degree for inspiring me to fall in love for the first time in my life. 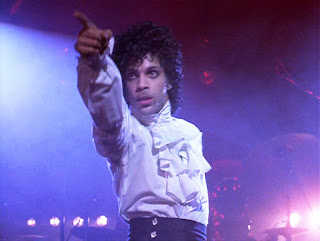 We were shocked in the most pleasant of ways to the pure and unadulterated sexuality of "Darling Nikki," swooned at the romance of "Take Me With U" and were blown away by the power and spirit of the title track, "Purple Rain." When the film came out, my girlfriend and I saw one of the first showings and noted how Prince was able to blend R & B, Funk, Rock, and New Wave perfectly. People who liked a variety of musical styles and hailed from all across the color spectrum thought Prince was cool. I pretty much decided at that point that I wanted to move to Minneapolis because First Avenue looked awesome. It was an amazing time...

At this point, his music took on a different and more substantial meaning for me. Each subsequent album represented a different phase of my life and when I go back and listen to his enormous body of work, I remember exactly what I was doing at the time and even feel the same as I did back then. Around the World in a Day came out in the spring of my senior year (1985) and right after I had broken with that first great love. That album seemed to open up the world even wider and yet somehow made me feel more comfortable as I made the move to Prince's hometown for college at the University of Minnesota. Parade came out near the end of freshman year at college (1986) and "Kiss" becoming a staple of dorm floor ragers.

Sign of the Times represented yet another turn in Prince's career. We were all more mature but so was Prince, writing about AIDS, politics and the more complex machinations of humanity. Of course, he was still writing great love songs like "Starfish and Coffee." Lovesexy was next and is still, to this day, one of my favorite Prince albums. Every track is fucking brilliant music suited best for long, shag sessions with a loved one. A few years later in 1991, his Purpleness would release his finest work, in my opinion. 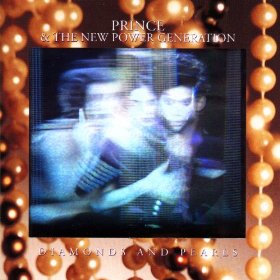 Diamonds and Pearls is sheer magnificence. The album's first single, "Gett Off," extolled the benefits of being with women who have larger asses. Many of my friends wonder to this day if Prince wrote this song for me:). "Strollin" gave a fab shout out to those couples in Minnesota who like to "skate around a lake" on a date. "Willin' and Able" with its ska beat illustrated Prince ability to shine in a variety of musical styles. In many ways, Diamonds and Pearls is the spiritual brother to Purple Rain. Both albums are portraits of an artist at the peak of his creativity.

Was he ever not at a peak, though? "Sexy M.F" and "Love to the 9s" are amazing. "Love Sign" is a classic 90s track. The Gold Experience is another classic LP with the popular "Pussy Control" and my favorite Prince track of all time, "Shh..." The triple album, Emancipation, might seem excessive but every track is stellar. Crystal Ball was a great peek into the giant vault of unreleased tracks that now likely numbers in the thousands. "18 and Over" is probably tied with "Shh" for my personal faves. 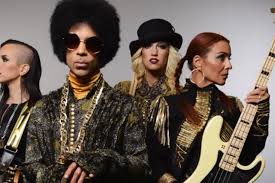 He made a few albums in the new millennium that weren't 10 out 10s but still rated at least a 7. 2009 saw Lotusflow3r and Mpls Sound which brought him right back to top form. His 2014 effort with 3rdEyeGirl, PlectrumElectrum, is amazing. He seemed to relish and revel in playing with a kick ass band again. Every track is brilliant with "White Caps" being a top five Prince track for me. I play it all the time when I feel down and stressed out.

Looking back at his mammoth catalog, it is a small amount of comfort that he left plenty of music behind for his fans to enjoy and pour endlessly over. I love randomly digging out one of his albums, kicking back and remembering what I was doing at the particular phase of my life. Now that he's gone, I'm sure it will be bittersweet, though.

Because Prince, like David Bowie, showed me a part of myself...actually, several parts of myself...that I didn't really know nor understand. This was especially poignant during my adolescence when I was trying to figure out who the fuck I was and what sex was all about. Prince's music (and David Bowie's music) was right there the whole time, giving me support to feel awkward and weird and having it all not really matter.

2016 has really sucked. I have to be honest. Two of my most cherished musicians that have been with me for most of my life are gone. Bowie was bad enough. Prince, being a Minnesota treasure, is far worse in many ways. Not only was his music a substantial part of my life, he was a part of Minnesotan life. He stayed here rather than move to New York or Los Angeles because this was his home.

As a Social Studies teacher, the geographic theme of place (human and physical characteristics) is paramount to understanding culture. Prince was a stunning example of the best human characteristics of our place in the North Woods.

And he will be very sorely missed... 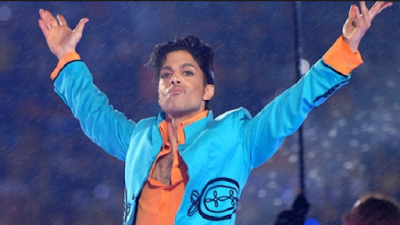