Arcade Fire: We (Album of the Week)

Arcade Fire is back with another amazing record that solidifies them as one of the greatest indie bands of all time. We sees Win Butler, Regine Chassagne and Co channeling their inner John Lennon Imagine era sound with some truly beautiful piano playing and singing.

The acoustic guitar playing combines with the piano best on this track...

The growth and direction of this band never ceases to amaze me with each of their releases. Arcade Fire is on an eternal quest to explore every single possible boundary of music and go beyond them all.
Posted by Mark Ward at 3:00 AM No comments:

Email ThisBlogThis!Share to TwitterShare to FacebookShare to Pinterest
Labels: Album of the Week, Arcade Fire 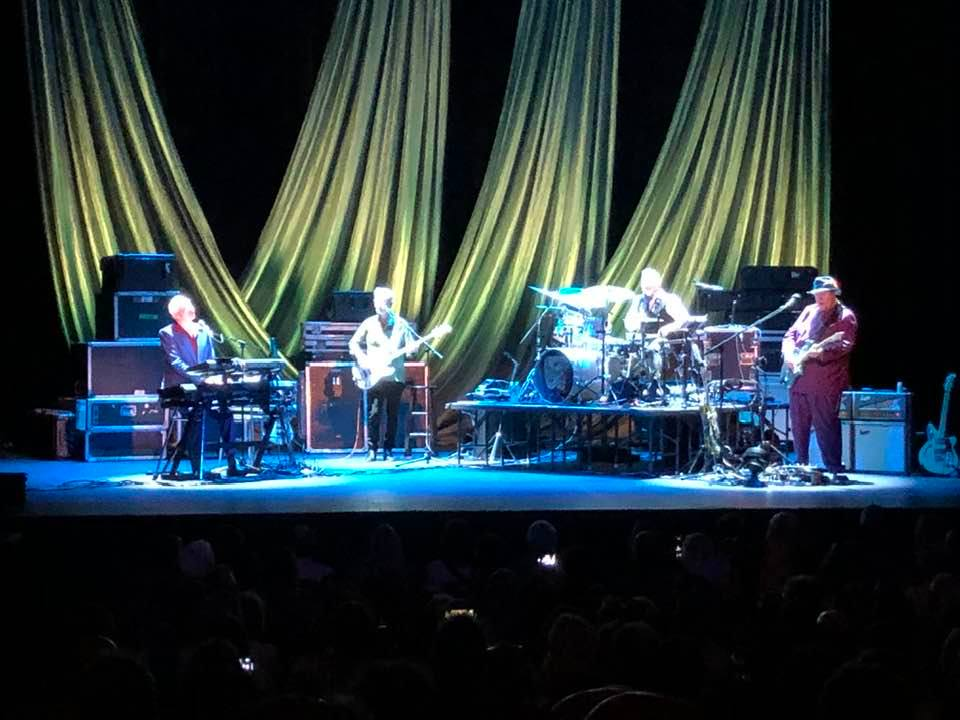 Joe Jackson is out on the road and he has never sounded better. I caught him last night at the Pabst Theater in Milwaukee and it was a dazzling show filled with hits, old and new. His current backing band, comprised of ever present bassist Graham Maby, guitarist Teddy Kumpel, and drummer Doug Yowell, is the best he has ever had.

Joe has always been an impeccable performer, achieving near perfection in musical arrangements, in particular with vocals. His whole band can sing very, very well and all of this was evidence in his nearly two hour set. My faves were "Nineteen Forever" and "Fool."

If you get a chance to catch him when he is near your town, do it! He is playing all over the country in some very interesting places 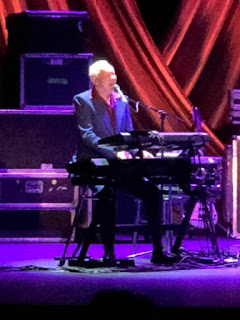 It's always a good time for psychedelic pop music and it's even better when it comes from the heart of Paris. Melody's Echo Chamber's latest offering, Emotional Eternal, is a gem and may very well turn out to be the album of the summer.

Remember back in the late 70s when synth music was super cool and kinda futuristic? That's the time period I feel like I'm in when I listen to Toro Y Moi. The Columbia, South Carolina native is keenly tapped into a vibe that makes nostalgia blossom. His latest is Mahai and it is just amazing.

Here is one of my favorite tracks...

London's own Bloc Party is back with Alpha Games, their sixth album since beginning their illustrious career. They are another fine example of Brit Rock gods writing their fire across the sky and their latest record shows why. It's truly a group effort with new members Justin Harris and Louise Bartle showing off their songwriting prowess.

Here is the opening track...

The sophomore effort from New York duo Soffi Tukker is out and it's quite a great turn to pure pop. Wet Tennis is not only a great record but something I actually want to try given that I have played tennis for nearly 30 years.

Blossoms: Ribbon Around The Bomb (Album of the Week)

The pride of Stockport in Greater Manchester has dropped their fourth album. Blossoms are back with Ribbon Around The Bomb and it's a peach! All 12 tracks are infectious pop wonders that will be perfect for the soundtrack to your summer.

They are certainly channeling their inner 80s!
Posted by Mark Ward at 2:58 PM No comments:

Email ThisBlogThis!Share to TwitterShare to FacebookShare to Pinterest
Labels: Album of the Week, Blossoms, Brit Rock

Sydney's own The Lazy Eyes just dropped their first full-length record and psychedelic pop fans everywhere will rejoice. The group takes you into the multiverse of madness and leaves you breathless by the time all 12 tracks have flowed through your mind.

What is it about Australia these days? What is it about a new wave of psychedelic pop bands (click the tag on this post and dig it!)?
Posted by Mark Ward at 12:06 PM No comments:

Romero: Turn It On!

Bursting out of Melbourne, power pop sensations Romero are making music that harkens back to my adolescent years in the 80's. Turn It On! is their debut record and it's eleven tracks of wall to wall rock!

Ryan Adams: Romeo and Juliet (Album of the Week)

Ryan Adams is in the middle of quite a prolific period. He has released four albums in the last year and a half! His latest is called Romeo and Juliet and it continues his stylistic exploration of the late 70s/early 80s AM gold type music. It's almost as if Jackson Browne made a whole bunch of records right after he did Hold Out.

Of course, his records are so much more than that. Loving and haunting at the same time, Adams is the best living American songwriter and performer, hands down. He makes me feel nostalgia for times in my life that I thought were long forgotten. And it's with brand new music!

Here's a track that's been out for a while but finally made it onto this full-length record.

Email ThisBlogThis!Share to TwitterShare to FacebookShare to Pinterest
Labels: Album of the Week, AM GOLD, Ryan Adams

Syd Tha Kyd is back with an amazing record called Broken Hearts Club. Her sophomore effort shows continued growth and sonic diversity for this now very much mature artist. I'll admit that I miss The Internet but Syd's solo records are so good that my pining isn't as bad.

Here is one of my favorite tracks...

Email ThisBlogThis!Share to TwitterShare to FacebookShare to Pinterest
Labels: Syd, The Internet

Duster knows the way to San Jose. That's because they are from there. And the environs of that area of California must have inspired them to be the world's first grunge dream pop band. Their fourth long-player, Together, just dropped and it's their finest yet.

Jack White: Fear Of The Dawn (Album of the Week)

God-like genius and indie darling Jack White is back with yet another shovel to the head stunner of a record. Fear Of The Dawn is a tour de force (a cliche, I know, but it really applies here) of raw energy and power. Honestly, much of it reminds me of The White Stripes which is just dandy with me.

Here is the opening track...

It kicks off strong and never relents!
Posted by Mark Ward at 4:00 AM No comments:

Email ThisBlogThis!Share to TwitterShare to FacebookShare to Pinterest
Labels: Album of the Week, Jack White

Father John Misty: Chloe And The Next 20th Century

The musical universe of Father John Misty is expanding again with his latest release, Chloe And The Next 20th Century. He's really everywhere on this one, beginning with a 20s cabaret number segueing into a 70s soft rock road anthem and then continuing with pop anthems and even a track that sounds like it could be the next James Bond song.

Check out the range and pick it up!