Easy Life: Junk Food (Album and Track of the Week)

Leceister's own Easy Life is poised to have a massive 2020 with their first-ever release, Junk Food. What a joy this EP is with its hip hop and loving pop tracks. My favorites are "Sangria" (also my Track of the Week) and "Earth."

And I have a BIG soft spot for "Spiders." Quick! Find a loved one to slow dance with...

Email ThisBlogThis!Share to TwitterShare to FacebookShare to Pinterest
Labels: Album of the Week, Brit Rock, Easy Life, Track of the Week

The word "anima" comes from the famed psychologist, Carl Jung. It is defined as the feminine part of a man's personality or the part of the psyche that is directed inward and is in touch with the subconscious. This is a perfect description of Thom Yorke. He's more than an enigma. He's an ANIMA

And that's the title of his latest release.

Anima was released last summer and it marinated with me for several months. As with all of his solo efforts, it's an adventuresome journey into sonic pathways of the mind, heart, and soul. It's a most impressive addition to his entire lexicon. Here is a taste...

Foals: Everything Not Saved Will Be Lost-Parts 1 and 2

Oxford's Foals decided to make two albums last year. Thank God. This quartet has been blowing me away since 2008's Antidotes and they continue to impress on a massive scale. Part 1 was released at the outset of 2019 and Part 2 arrived at the end of the year. They were perfect bookends for a fine band making some powerful statements about the state of our world. Each record has a distinct style as can be heard in the clips below.

With these releases, Foals has officially enshrined themselves in the Brit Rock Hall of Fame.

I think all you rude boys and rude girls need some ska, man!

Email ThisBlogThis!Share to TwitterShare to FacebookShare to Pinterest
Labels: The Specials

Who by The Who 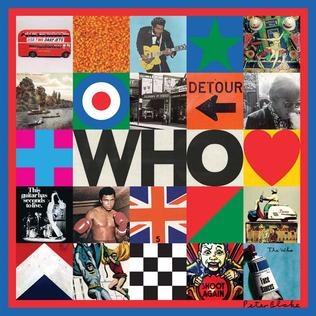 The Who are rock legends. Their entire catalog has cemented their place as mythmakers and torch carriers for the sacred music that is British Rock. Honestly, they didn't really have to make any more music to alter these simple facts.

And it's fucking spectacular.

Released at the tail end of 2019, Who by The Who sees Pete and Roger add another classic album to the rock and roll pantheon. The 11 tracks on this record (plus the 3 bonus tracks on the Target only edition which I highly recommend picking up) are pretty much perfect. In some ways, they sound better than earlier Who releases because Pino Palladino and Zak Starkey are a better rhythm section than John Einstwistle and Keith Moon.

Honestly, I can't pick a favorite track because like all the rest of the Who's catalog, all the songs go together in perfect wonder and amazement. If I had to select one track that represents how great this album is, it would be "I Don't Wanna Get Wise" which caused me to wax nostalgic about my early years when I first heard The Who.

The Who still has it. Wow.
Posted by Mark Ward at 8:40 AM No comments: