All Dude, With the Heart and Soul of a Woman

Whenever I look at my favorite albums of all time, I remember the first time I heard it, who played it for me and how it changed my life. My dad played me Abbey Road by The Beatles when I was two years old. He ended up wearing out his copy and giving it to me when he bought another one. This was the very first album I ever owned. Abbey Road was the record that I played over and over again that honestly defined what music would be for me. Because my dad gave the album to me, I came to see him as my own personal John Lennon and was equally devastated when each of them passed away far too young.

My friend Ara played me London Calling by The Clash on our 8th grade class trip to Washington DC in 1981. It was my first exposure to punk rock and it broke me out of exclusively listening to 60s bands. It set the stage for the MTV explosion and new wave that was going to define the next few years of my musical influence. I will always be grateful to him for that.

Two years later, my friend Matt played me an album by a band from Athens, Georgia that ended up launching college radio and indie rock. Whenever I play Murmur by REM, I think of my friendship with Matt and just how much music has supported us throughout our lives.

Each of these albums brings not only the magic of something new and wonderful but the warmth of family and friendship. Such is the case with Dreamboat Annie by Heart. 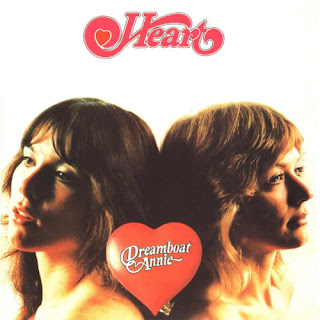 Dreamboat Annie is one of those records. As soon as I hear the unmistakable sound of Roger Fisher's guitar intro to "Magic Man," the album's opening track, I am instantly transported back to the 1970s and every summer from 1976 (the year the record came out) onwards. I had heard the hits quite a bit on the radio but it wasn't until the summer of 1979 when the album really took root with me. My mom was recently divorced from my dad and had a boyfriend. His name was Geoff and he gave her Dreamboat Annie as a present that year.

I was nervous the summer of 1979. I was heading into junior high and a new school. What would it be like? I remember wandering over to the stereo on a particularly hot July day that summer and seeing the album cover. I was twelve years old and had just started to think about sex. In fact, it was that summer that I had gotten into trouble for digging in my neighbor's garbage, looking at Penthouse and Hustler magazines, with my friend Steve. My mom was pretty upset, mostly at the violation of my neighbor's property, but Geoff just laughed. In fact, he offered to get me a subscription to Penthouse so I wouldn't be digging in the garbage anymore. "He's just going to find it somewhere," he told my mom, "why not just have it here so at least you know about it?" She ended up agreeing with him on one condition. I could have the subscription as long as I read the book Our Bodies, Ourselves, a perennial feminist tome, AND wrote an essay about my reaction and reflections to it. I agreed, of course, and then became the most popular kid in the neighborhood with my new subscription.

Looking at the cover of Dreamboat Annie with all of these almost teenage hormones raging, at first, made me embarrassed. I mean let's face it...Ann and Nancy are fucking hot. They still are, for Pete's sake! Look at this photo of Nancy today. 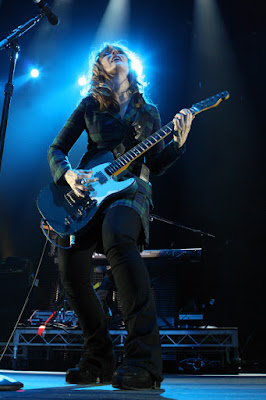 Are you fucking KIDDING me? She's in her 60s now and look at her. Here's another one of both of them from this year. 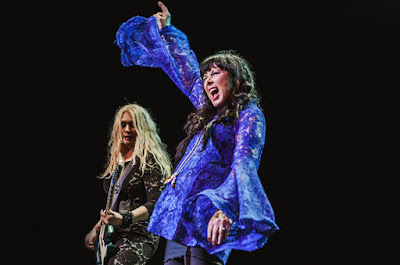 Compare this to my favorite photo of them from back in the day. 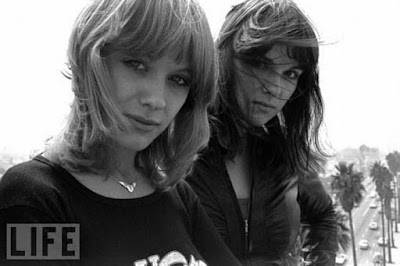 Now imagine being a 12 year old boy and looking at this for the first time and seeing these women...

As I listened to the album that hot summer day, I recognized "Magic Man" and "Crazy on You" straight away as they were the hits I had heard. But the other songs...man, those other songs...they just fucking blew me away. 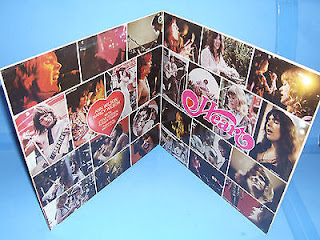 The music swirled all around me as I poured over the album's various photos and read the lyrics. The heat of that summer day, with no AC in our house, made the listening even more delirious.

Ann Wilson, with her gorgeous dark hair and earth mama look, was my first real crush. I've always been more partial to brunettes and it's probably because of her. Nancy was a blond goddess with a guitar who completely managed to set up both a contrast and balance with her sister.

The music was erotic but it was also spiritual...even divine in some ways. The sexual attraction that I had for them evolved into something else much more diverse and wide ranging. The title track was about a young woman's dreams for the future, with which I quickly identified given my own, uncertain future. Where was I going? What would I become? Who would I fall in love with? Ann was asking the same questions and the crush that I had on her became something else. She was another traveler on the road of uncertainty with me. Men and women shared many of the same hopes and dreams. Any differences they had worked in a complimentary fashion. Looking back as a nearly 50 year old man today, I realize that I was also seeing the first light of understanding the concept of sacred feminine power and how their music very much altered my development from a boy to a young man.

"Soul of the Sea" spoke of a woman's place in society...what it was and what it should be. Back in 1976, a woman's place was certainly secondary to men but the lyrics speak of taking flight beyond discrimination. This track is without a doubt my favorite on the record. I've played it many, many times and have never tired of it. It's three piece movement is a stunning achievement for a first record and haunts in the most wonderful and beautiful of ways. "Soul of the Sea" is the lynch pin that holds the whole record together.


Roger Fisher's guitar work throughout the record never ceases to amaze me. His virtuoso like playing ranks right up there with all of the best. "Sing Child Sing" is an excellent example of this. What a classic, 70s rock song! His guitar shreds magically throughout the track in some ways blowing away his hero, Jimmy Page of Led Zeppelin.

My mom has probably thought over the years that my dad had exclusive rights to my musical influence. Not true at all. This album had a massive impact on me and had an enormous hand in shaping my growth as an adolescent in terms of sexuality. Every summer since that year, I find myself bringing it out and letting all the memories and influence wash over me. Even in the coldest of North Woods winters, I find myself needing a shot of warmth and I go to it pretty much every year.

I credit Dreamboat Annie as being one of the finest rock and roll albums of all time. I had the porn (Penthouse), the feminism (Our Bodies Ourselves), and then I had the Wilson sisters putting it all together for me in a way that gave me a deeper understanding of women that has stuck with me my whole life. My friend Heidi told me a long time ago that I am "all dude, with the heart and soul of a woman," not fully understanding how accurate she was in using the word "heart." Dreamboat Annie is honestly how I came to be this way.

All of this was thanks to my mother who has written her own fire across the sky for the last 70 years. I wouldn't be the man I am today without her and this amazing gift...
Posted by Mark Ward at 8:09 AM