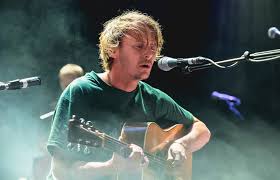 I'm finalizing my lists for best tracks and albums of 2018 and will release them starting at the end of next week. Until that time, I want to begin a new series specifically for that down time between finishing out the current year (2018) and the beginning of the next year (2019). It's impossible for me to get through all of the music that comes out and sometimes artists will sneak up again and I will be left feeling like I didn't given them enough of a fair shake.

First up is native of Bantham, Devon, Ben Howard. Howard released Noonday Dream last June and it must have gotten lost in the shuffle somehow. It's a good thing I rediscovered it recently on a long drive as I was trekking across the Midwest. Not only is it perfect music for late fall, his stories of villages in his little area of Great Britain are quietly amazing. Here's my favorite track.