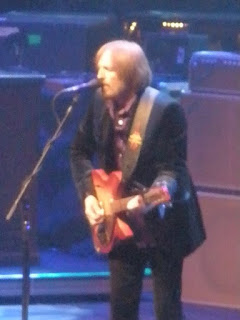 I've started and stopped several posts about the passing of Tom Petty and each time I just don't get it right. Perhaps it's because his musical career has been so personal to my life. Up until the first time I saw Petty live in 1985, I'd mostly seen Todd Rundgren shows. I caught REM and Stevie Ray Vaughn in the summer of 1984 but that was really it. My live music experience was deeply Rundgrenesque.

In the summer of 1985, I was asked by a friend of mine if I wanted to see Petty at Alpine Valley. She had 5th row seats! Petty was touring his Southern Accents LP and it sounded completely amazing so I went. I really needed to go, actually, because that summer I had finally got Tom Petty.

My girlfriend and I had broken up a few months previous to the show and I found a great deal of solace in his music. His lyrics of lost love and his downright cool attitude were very appealing to me at the time and I became completely obsessed with his music as it made me feel better about losing my first, great love. 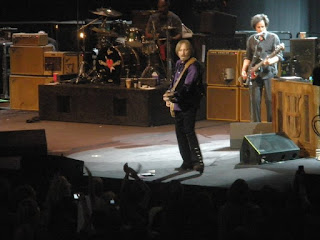 In many ways, Tom Petty was a slow boil for me. I loved "Breakdown" and "American Girl" when I was a kid. Damn The Torpedoes was a favorite of mine to play when I pretend DJ'd at the radio station where my dad worked. Hard Promises, at the time, had little impact on me. Long After Dark had a few tracks that were played extensively on MTV so I dug those quite a bit. "Change of Heart" struck me as being a solid rocker. 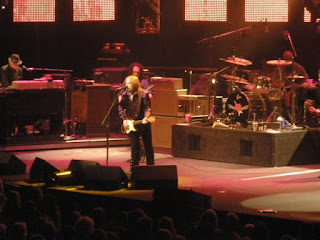 Seeing him live for the first time that year was nothing short of extraordinary. He quickly became a mostly annual event in my life, making him my second most viewed live act behind Rundgren.

Below is the list of shows I have seen over the years complete with set lists.

I have very personal memories of each of these shows. The 1999 show was the one and only time my wife saw TP and she fell asleep! We found out later that she was pregnant with our first child. The 1986 show was the first show my younger sister had ever seen and we went as a whole family. I close my eyes and I can remember each of these 8 shows. I count myself as being very lucky having seen him that many times.

Tom Petty's catalog doesn't have a bad record. They are all amazing and I highly recommend each one. I could go on and on about what each album meant to me (and I may at some point in the future) but that would take away from the unique experience of remembering or discovering his music on an individual level He put 13 albums and various other songs out into the world to become part of YOUR life.

I only hope that his music means as much to you as it did and still does to me. 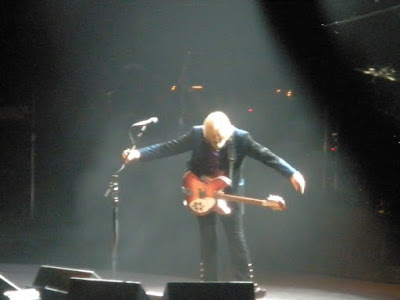 Note: The photos shown above are from the 2010 show. I took them personally
Posted by Mark Ward at 1:39 PM